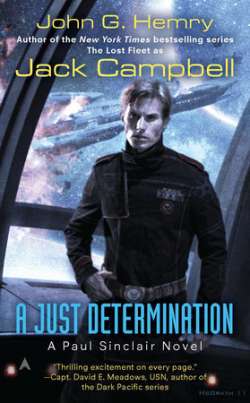 First in a "superior military SF" (Booklist) series that follows a young officer who must fight to see justice done.

Fresh from the Academy, Ensign Paul Sinclair has been assigned to the warship USS Michaelson, whose mission is to stop any foreign vessels from violating U.S. sovereign space.

When Captain Peter Wakeman mistakenly destroys a civilian science ship perceived as hostile, Sinclair must testify against Wakeman at a court-martial hearing. But Sinclair believes that the severity of the charges against the captain are unjust--and becomes a witness for the defense...