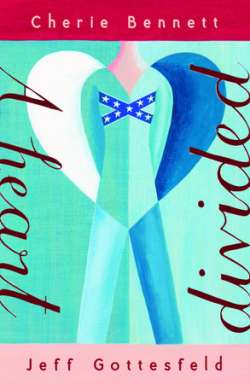 Is the Confederate battle flag a racist symbol—or a proud reminder of Southern heritage?

When Kate’s liberal-minded family moves from the suburbs of New York City to a small town near Nashville, Kate is convinced her life is over. Redford lives up to Kate’s low expectations. The Confederate battle flag waves proudly in the sky, the local diner serves grits and sweet tea, and country music rules the airwaves. Then she meets Jackson Redford III, scion of the town and embodiment of everything Dixie. And dang if brilliant, gorgeous Jack doesn’t make Kate decide that maybe her new hometown isn’t so bad after all. But a petition to replace the school’s Confederate flag symbol is stirring up trouble. Kate dives right in, not afraid to attack what she sees as offensive. Getting involved means making enemies, though, and soon, Kate and Jack—and their families—find themselves pitted against each other in a bitter controversy: not just about the flag, but about what it means to be an American.