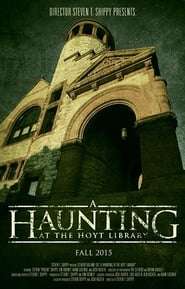 A Haunting at the Hoyt Library

For years, the Hoyt Library has made headlines as one of the most haunted locations in the entire Midwest. Finally, a documentary film crew was allowed complete access to investigate the numerous claims of paranormal activity. What they captured on audio and video will leave no room for doubt. Rooted in the heart of downtown Saginaw, the historic Hoyt Library has guarded its citizens' history and lineage for over 125 years. A literal gateway to the past, this stately and opulent landmark houses one of Michigan's largest collections of literature, artifacts, and documents... but according to patrons and staff, it also houses a collection of lost and restless souls.