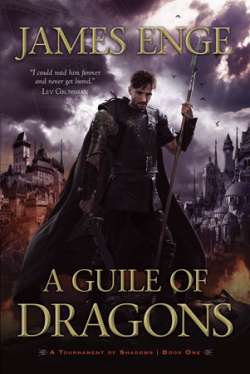 A Guile of Dragons

It's dwarves vs dragons in this origin story for Enge's signature character, Morlock Ambrosius!

Before history began, the dwarves of Thrymhaiam fought against the dragons as the Longest War raged in the deep roads beneath the Northhold. Now the dragons have returned, allied with the dead kings of Cor and backed by the masked gods of Fate and Chaos.

The dwarves are cut off from the Graith of Guardians in the south. Their defenders are taken prisoner or corrupted by dragonspells. The weight of guarding the Northhold now rests on the crooked shoulders of a traitor's son, Morlock syr Theorn (also called Ambrosius).

But his wounded mind has learned a dark secret in the hidden ways under the mountains. Regin and Fafnir were brothers, and the Longest War can never be over...