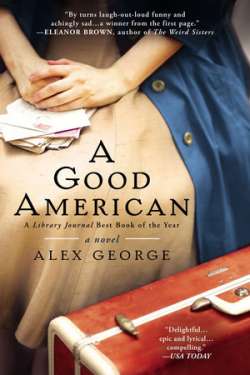 Everything he’d seen had been unimaginably different from the dry, dour streets of home, and to his surprise he was not sorry in the slightest. He was smitten by the beguiling otherness of it all.

And so began my grandfather’s rapturous love affair with America—an affair that would continue until the day he died.

This is the story of the Meisenheimer family, told by James, a third-generation American living in Beatrice, Missouri. It’s where his German grandparents—Frederick and Jette—found themselves after journeying across the turbulent Atlantic, fording the flood-swollen Mississippi, and being brought to a sudden halt by the broken water of the pregnant Jette.

A Good American tells of Jette’s dogged determination to feed a town sauerkraut and soul food; the loves and losses of her children, Joseph and Rosa; and the precocious voices of James and his brothers, sometimes raised in discord…sometimes in perfect harmony.

But above all, A Good American is about the music in Frederick’s heart, a song that began as an aria, was jazzed by ragtime, and became an anthem of love for his adopted country that the family still hears to this day.