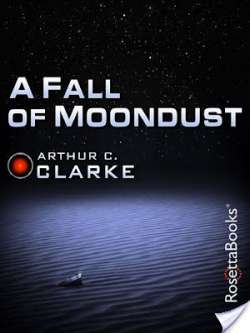 A Fall of Moondust

An electrifying, “superbly ingenious” classic of space survival from one of the most influential grandmasters of science fiction (Daily Express). Expanding the Moon’s population hinges on building a thriving tourist industry. But when a prototype tourist craft called the Selene encounters a moonquake, the ship plummets under a vast body of liquid-fine moondust called the Sea of Thirst. Time is running out for the passengers and crew while rescuers find their resources stretched to the limit by the unpredictable conditions of the lunar environment. Nominated for the Hugo Award in 1961, this brilliantly imagined story of human ingenuity and survival is a tour-de-force of psychological suspense and sustained dramatic tension sure to appeal to fans of Andy Weir’s The Martian. “The best book yet about man’s most dramatic journey, the most exciting science fiction novel for years.” —The Evening Standard “Expertly told and cruelly exciting to the end.” —Sunday Times “Extremely good . . . with some superbly ingenious and exciting new twists!” —Daily Express