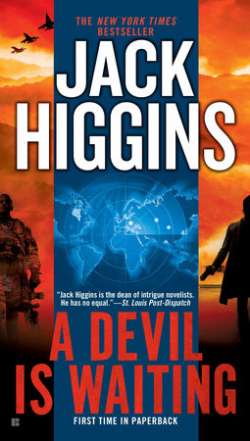 A Devil Is Waiting

The President is coming to London, but not to an entirely warm welcome. A fanatical mullah is offering a blessing to anyone who will assassinate the President, and though most London Muslims think the mullah has crossed the line, a few think otherwise.

Urgently, Sean Dillon, General Charles Ferguson, and the rest of the small band known as the “Prime Minister’s private army” are called in, augmented by an extraordinary new recruit, an intelligence captain and Afghan war hero named Sara Gideon. She has her own deep contacts, but the more she investigates, the more she discovers herself in a very dark place indeed.

For the assassination plan is only the beginning…