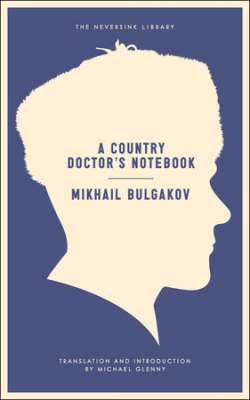 Part autobiography, part fiction, this early work by the author of The Master and Margarita shows a master at the dawn of his craft, and a nation divided by centuries of unequal progress.

In 1916 a 25-year-old, newly qualified doctor named Mikhail Bulgakov was posted to the remote Russian countryside. He brought to his position a diploma and a complete lack of field experience. And the challenges he faced didn’t end there: he was assigned to cover a vast and sprawling territory that was as yet unvisited by modern conveniences such as the motor car, the telephone, and electric lights.

The stories in A Country Doctor’s Notebook are based on this two-year window in the life of the great modernist. Bulgakov candidly speaks of his own feelings of inadequacy, and warmly and wittily conjures episodes such as peasants applying medicine to their outer clothing rather than their skin, and finding himself charged with delivering a baby—having only read about the procedure in text books.

Not yet marked by the dark fantasy of his later writing, this early work features a realistic and wonderfully engaging narrative voice—the voice, indeed, of twentieth century Russia’s greatest writer.