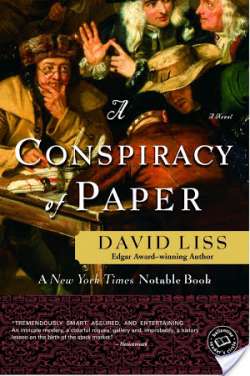 A Conspiracy of Paper

An outsider in eighteenth-century London, Jewish pugilist and hired thug Benjamin Weaver prowls the city's mean streets in the service of England's gentry tracking down debtors and thieves, until the "accidental" death of his wealthy estranged father draws him into a dark conspiracy controlled by powerful men in the world of British finance. Reader's Guide included. Reprint. 45,000 first printing.