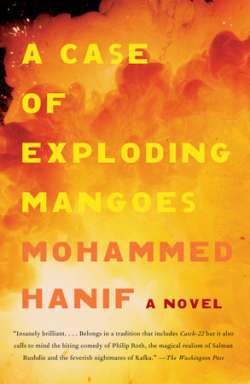 A Case of Exploding Mangoes

Intrigue and subterfuge combine with bad luck and good in this darkly comic debut about love, betrayal, tyranny, family, and a conspiracy trying its damnedest to happen.

Ali Shigri, Pakistan Air Force pilot and Silent Drill Commander of the Fury Squadron, is on a mission to avenge his father's suspicious death, which the government calls a suicide.Ali's target is none other than General Zia ul-Haq, dictator of Pakistani. Enlisting a rag-tag group of conspirators, including his cologne-bathed roommate, a hash-smoking American lieutenant, and a mango-besotted crow, Ali sets his elaborate plan in motion. There's only one problem: the line of would-be Zia assassins is longer than he could have possibly known.