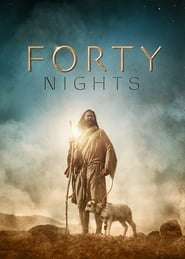 "40 Nights" is the first of the QUEST TRILOGY - films sharing alike themes of sacrifice and faith. These films focus on less known events from the biblical age. The first film examines the pre-ministry life of Jesus (DJ Perry) starting with his baptism with John the Baptist (Terry Jernigan). From there Jesus embarks on his self- exploration journey into the wilderness for 40 nights. He is tempted by the Devil thrice in various forms. Audiences will be treated to a stronger portrayal of Jesus that peeks at his childhood and family upbringing. The result is a Jesus that invokes empathy and sheds light on the true magnitude of his sacrifice for mankind.