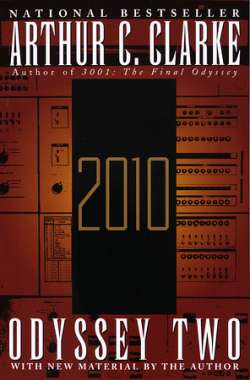 Nine years after the disastrous Discovery mission to Jupiter in 2001, a joint U.S.-Soviet expedition sets out to rendezvous with the derelict spacecraft to search the memory banks of the mutinous computer HAL 9000 for clues to what went wrong—and what became of Commander Dave Bowman. Without warning, a Chinese expedition targets the same objective, turning the recovery mission into a frenzied race for the precious information Discovery may hold about the enigmatic monolith that orbits Jupiter. Meanwhile, the being that was once Dave Bowman—the only human to unlock the mystery of the monolith—streaks toward Earth on a vital mission of its own . . .