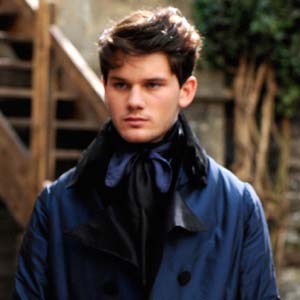 Grew Up… at the mercy of his older sister, Mrs. Joe Gargery, who raised Pip with an iron fist after he was orphaned. Luckily, Mr. Joe Gargery was a positive influence on Pip, declaring that they were “ever the best of friends.” Joe was a blacksmith and expected Pip to follow in his footsteps.

Living… under the financial direction of the lawyer Mr. Jaggers, who has been employed to bring Pip up as a “gentleman.” An unnamed benefactor has granted Pip a large sum of money. Now in London, Pip meets many people of higher class, who influence his outlook on life. Pip believes his benefactor to be Mrs. Havisham, who uses Pip as a playmate for the young, stoic girl Estella, Mrs. Havisham’s adopted daughter.

Profession… once a blacksmith’s apprentice. But now Pip now aspires to be part of the white-collar workforce.

Relationship Status… single. Pip has fallen in love with Estella, who doesn’t seem to love him back. Mrs. Havisham encouraged Pip to pursue Estella, and Pip now believes that with the proper upbringing and social status, he will win her heart forever. Pip wants to cover up all the traces of his former life in the lower class. He’ll do anything to blend in with those of high status.

Challenge… shedding his roots as a member of the lower class and climbing the social ladder. There are great expectations placed on Pip, but he doesn’t know why or by whom. Pip’s intention is to rise to the opportunity and become a gentleman – a title that Pip spends his entire life trying to define.

Personality… kind-hearted, quiet, and determined. Pip can adapt well to his environment and has no problem learning an entirely new set of social norms. He is afraid of letting down his benefactor, and believes that he is destined for great things. This determination guides him through his journey, which contains difficult moral questions and hidden truths.

Phillip "Pip" Pirrip's popularity ranking on CharacTour is #2695 out of 5,300+ characters. See our top-ranked characters and read their profiles.