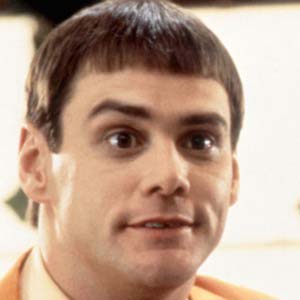 Living... in Providence, Rhode Island, with his best friend Harry.

Visiting... Aspen with Harry. As Lloyd says, Aspen is "where the beer flows like wine. Where beautiful women instinctively flock like the salmon of Capistrano." Living there requires more money than they have.

Profession... limo driver for now. Long term, Lloyd dreams of opening a pet store. He’s going to call it "I Got Worms!"

Relationship Status... single. Lloyd has a big crush on Mary Swanson, a woman who one rode in his limo. He's come all the way to Aspen to see her and return the briefcase she left behind. As Lloyd says, "The first time I set eyes on Mary Swanson, I just got that old fashioned romantic feeling where I'd do anything to bone her."

Challenge... not getting killed. Mary's ex-boyfriend Andre and his gang of friends want the briefcase and will do anything to get it.

Personality... a dim-witted loser with a bad haircut (according to most people who meet him). At least he’s not the dumbest guy around – that honor goes to his buddy Harry.

Lloyd Christmas's popularity ranking on CharacTour is #4157 out of 5,600+ characters. See our top-ranked characters and read their profiles.