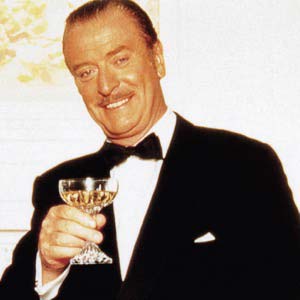 Overview... a masterful British con man. When it comes to wooing rich women out of their jewels, Lawrence Jamieson is the crème de la crème. He’s turned con-artistry into, well, an art. As rich women travel through his French Riviera home, he turns on the charm, feeds them a sob story, and pockets the “donations” they make to his cause. When a crass American hustler named Freddy Benson threatens his game, Lawrence first agrees to tutor him and then bets him on one big play for the right to work in the area: con $50,000 from an American heiress named Janet Colgate.

Personality...  suave, intelligent, sophisticated, disciplined, and amoral. Though he may be a talented improviser, Lawrence prefers to have a place for everything and everything in its place. He’s built a comfortable life thanks to his con-artist ways, but he knows it could all come crashing down around him if he isn’t constantly on his guard. Yet whatever his internal fears may be, on the outside Lawrence is always the picture of charm, sophistication, and wit.

Lawrence Jamieson's popularity ranking on CharacTour is #4854 out of 5,600+ characters. See our top-ranked characters and read their profiles.