Title Recommendations based on Keith Mars 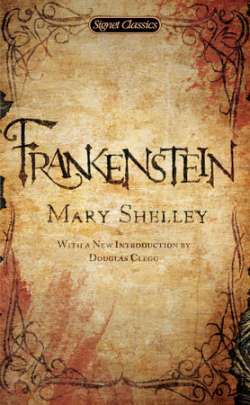 Mary Shelley blurs the line between man and monster in this classic gothic masterpiece.The story of Victor Frankenstein and the monstrous creature he created has held readers spellbound ever since it was published almost two centuries ago. On the surface, it is a novel of tense and steadily mounting horror; but on a more profound level, it offers searching illumination of the human condition in its portrayal of a scientist who oversteps the bounds of conscience, and of a monster brought to life in an alien world, ever more desperately attempting to escape the torture of his solitude. A novel of hallucinatory intensity, Frankenstein represents one of the most striking flowerings of the Romantic imagination.   With an Introduction by Douglas Clegg And an Afterword by Harold Bloom 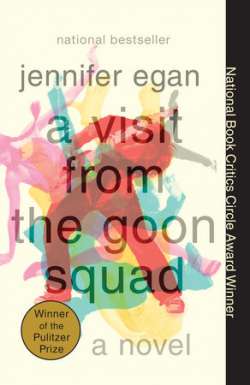 A Visit from the Goon Squad

NATIONAL BESTSELLERNational Book Critics Circle Award WinnerPEN/Faulkner Award FinalistA New York Times Book Review Best BookOne of the Best Books of the Year: Boston Globe, Chicago Tribune, The Daily Beast, The Miami Herald, The Minneapolis Star-Tribune, Newsday, NPR's On Point, O, the Oprah Magazine, People, Publishers Weekly, Salon, San Francisco Chronicle, Seattle Times, Slate, Time, The Washington Post, and Village VoiceBennie is an aging former punk rocker and record executive. Sasha is the passionate, troubled young woman he employs. Here Jennifer Egan brilliantly reveals their pasts, along with the inner lives of a host of other characters whose paths intersect with theirs. With music pulsing on every page, A Visit from the Goon Squad is a startling, exhilarating novel of self-destruction and redemption. 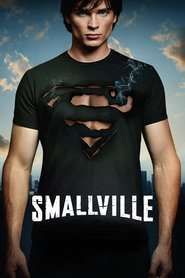 Smallville is an American television series developed by writers/producers Alfred Gough and Miles Millar. It is based on the DC Comics character Superman, originally created by Jerry Siegel and Joe Shuster. The series follows the adventures of Clark Kent, who resides in the fictional town of Smallville, Kansas, during the years before he becomes Superman. The first four seasons focus on Clark and his friends' high school years. After season five, the show ventured into more adult settings, eventually focusing on his career at the Daily Planet, as well as introducing other DC comic book superheroes and villains. 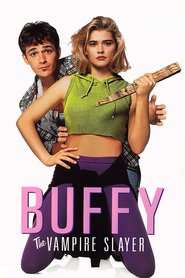 Blonde, bouncy Buffy is your typical high school cheerleader-- her goal is to "marry Christian Slater and die" and nothing gets in her way when it's time to shop. But all that changes when a strange man informs her she's been chosen by fate to kill vampires. With the help of a romantic rebel, Buffy is soon spending school nights protecting L.A. from Lothos, the Vampire King, his sidekick. Lefty and their determined gang of bloodsuckers. It's everything you'd expect from a teen queen in the Valley. 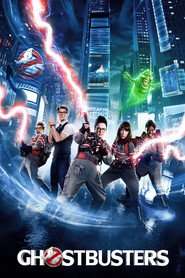 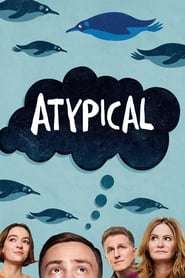 Sam, an 18-year-old on the autism spectrum, takes a funny, yet painful, journey of self-discovery for love and independence and upends his family. 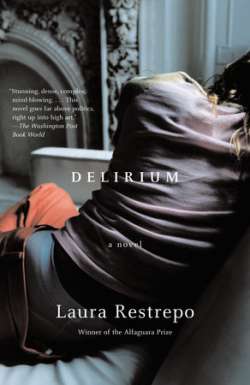 In this remarkably nuanced novel, both a gripping detective story and a passionate, devastating tale of eros and insanity in Colombia, internationally acclaimed author Laura Restrepo delves into the minds of four characters. There's Agustina, a beautiful woman from an upper-class family who is caught in the throes of madness; her husband Aguilar, a man passionately in love with his wife and determined to rescue her from insanity; Agustina's former lover Midas, a drug-trafficker and money-launderer; and Nicolás, Agustina's grandfather. Through the blend of these distinct voices, Restrepo creates a searing portrait of a society battered by war and corruption, as well as an intimate look at the daily lives of people struggling to stay sane in an unstable reality. 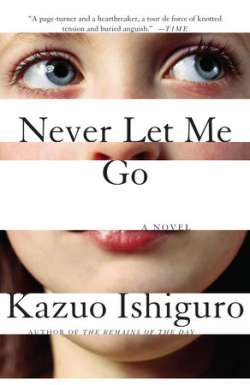 From the Booker Prize-winning author of The Remains of the Day and When We Were Orphans, comes an unforgettable edge-of-your-seat mystery that is at once heartbreakingly tender and morally courageous about what it means to be human.Hailsham seems like a pleasant English boarding school, far from the influences of the city. Its students are well tended and supported, trained in art and literature, and become just the sort of people the world wants them to be. But, curiously, they are taught nothing of the outside world and are allowed little contact with it.Within the grounds of Hailsham, Kathy grows from schoolgirl to young woman, but it’s only when she and her friends Ruth and Tommy leave the safe grounds of the school (as they always knew they would) that they realize the full truth of what Hailsham is.Never Let Me Go breaks through the boundaries of the literary novel. It is a gripping mystery, a beautiful love story, and also a scathing critique of human arrogance and a moral examination of how we treat the vulnerable and different in our society. In exploring the themes of memory and the impact of the past, Ishiguro takes on the idea of a possible future to create his most moving and powerful book to date. 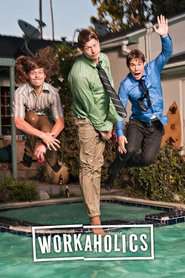 Workaholics is an American sitcom that premiered on Comedy Central on April 5, 2011. The series is in its third season, and is predominantly written by its stars Blake Anderson, Adam DeVine, Anders Holm, and co-creator Kyle Newacheck who play, respectively, three recent college dropouts, roommates, and co-workers at a telemarketing company—and their drug dealer, in Rancho Cucamonga, California. 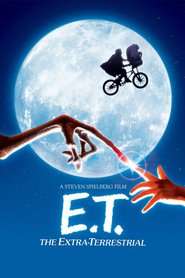 A science fiction fairytale about an extra-terrestrial who is left behind on Earth and is found by a young boy who befriends him. This heart-warming fantasy from Director Steven Spielberg became one of the most commercially successful films of all time. 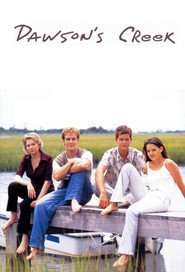 Dawson's Creek is an American teen drama television series created by Kevin Williamson which debuted on January 20, 1998, on The WB and was produced by Sony Pictures Television. Filmed in Wilmington, North Carolina, at EUE/Screen Gems studios and on location around Wilmington, Southport, and Wrightsville Beach, North Carolina. Many scenes were filmed at UNCW, including William Randall Library and Alderman Hall, which served as the facade of Capeside High School. Other college scenes in the fifth and sixth seasons were shot at Duke University, Durham, North Carolina. It portrays the fictional lives of a close-knit group of teenagers through high school and college. The program, part of a new craze for teen-themed movies and television shows in America in the late 1990s, catapulted its leads to stardom and became a defining show for The WB. The series ended on May 14, 2003. Reruns of the show are often seen in Australia on Foxtel, in Canada on TVtropolis, in Norway on TV3, in Denmark on TV2 Zulu, in the UK on Sony Entertainment Television, in France on TMC, in Greece on Macedonia TV, in Romania on Digi Film, in India on Zee Caf 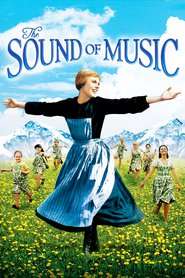 The Sound of Music

Film adaptation of a classic Rodgers and Hammerstein musical based on a nun who becomes a governess for an Austrian family. 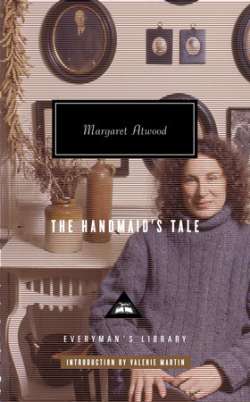 The seminal work of speculative fiction from the Booker Prize-winning, soon to be a Hulu series starring Elizabeth Moss, Samira Wiley, and Joseph Fiennes. Offred is a Handmaid in the Republic of Gilead. She may leave the home of the Commander and his wife once a day to walk to food markets whose signs are now pictures instead of words because women are no longer allowed to read. She must lie on her back once a month and pray that the Commander makes her pregnant, because in an age of declining births, Offred and the other Handmaids are valued only if their ovaries are viable. Offred can remember the days before, when she lived and made love with her husband Luke; when she played with and protected her daughter; when she had a job, money of her own, and access to knowledge. But all of that is gone now…. Funny, unexpected, horrifying, and altogether convincing, The Handmaid's Tale is at once scathing satire, dire warning, and literary tour de force. 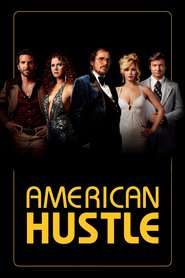 A con man, Irving Rosenfeld, along with his seductive partner Sydney Prosser, is forced to work for a wild FBI agent, Richie DiMaso, who pushes them into a world of Jersey powerbrokers and mafia. 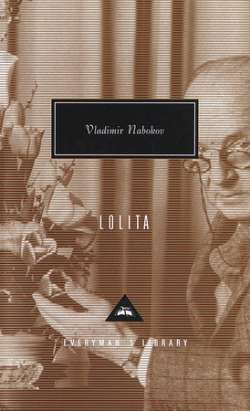 When it was published in 1955, Lolita immediately became a cause célèbre because of the freedom and sophistication with which it handled the unusual erotic predilections of its protagonist. But Vladimir Nabokov's wise, ironic, elegant masterpiece owes its stature as one of the twentieth century's novels of record not to the controversy its material aroused but to its author's use of that material to tell a love story almost shocking in its beauty and tenderness. Awe and exhilaration–along with heartbreak and mordant wit–abound in this account of the aging Humbert Humbert's obsessive, devouring, and doomed passion for the nymphet Dolores Haze. Lolita is also the story of a hypercivilized European colliding with the cheerful barbarism of postwar America, but most of all, it is a meditation on love–love as outrage and hallucination, madness and transformation. With an introduction by Martin Amis.(Book Jacket Status: Jacketed)

I'm a Fan
Want to Read
Not for Me
sign in