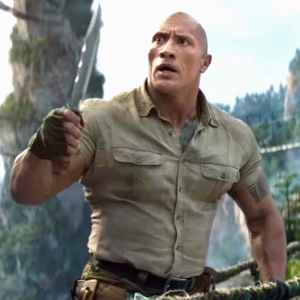 Living... in Brantford, New Hampshire, with his parents. But he’s not there anymore. After getting in trouble at school and serving in detention with three other students, they received the ultimate punishment. They have been transformed into their avatars from the video game they played called Jumanji. Now it’s not a game anymore. It feels all too real.

Profession… brilliant high school student. Before arriving in Jumanji, he was a nerdy kid with friends who only hung out with him because he did their homework for them. But in Jumanji, he has become a famous archaeologist and international explorer. He’s known across seven continents for courageous exploits. Muscular and tall, he can pack a punch and even fix a helicopter in mid-air. He’s become the leader of their group that includes fellow students who have been transformed into other video game characters: Ruby Roundhouse, Franklin "Mouse" Finbar, and Professor Shelly Oberon.

Interests... ending a curse on Jumanji. Xander and his three companions need to return a jewel to a statue and call out “Jumanji” in order to be set free. The good news is that they have extra lives in Jumanji. But if they die for the third time in the video game, they will perish in real life.

Relationship Status... better in Jumanji. Maybe that’s because his eyes are now “smoldering with intensity.” Ruby and Xander are starting to fall for each other, and Xander is worried he might lose her if he leaves Jumanji to go back to the real world. But Ruby reassures him: “Let's be like this... every day. Just come home.”

Challenge... managing the three other players with very different personalities. They need each other to stay alive, and Xander is doing his best to bring them all together. Although Xander used to be a timid kid, he’s become as brave as his last name “Bravestone.” As he says, it's a lot easier to be brave when you’ve got lives to spare. It's a lot harder when you only have one life.

Personality… smooth, fearless, and sexy. Those aren’t words that would ever be used to describe him in high school. Thankfully, he also still has the brain he had in his prior life, which comes in handy in the ruthless jungles of Jumanji.

Xander Bravestone's popularity ranking on CharacTour is #3074 out of 5,300+ characters. See our top-ranked characters and read their profiles.