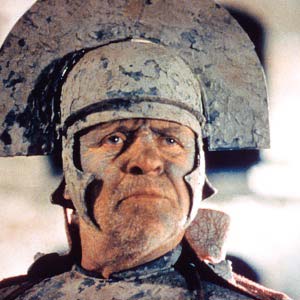 Overview... a renowned general in the Roman army. Titus is the people’s choice to ascend to the throne after the death of the Emperor. But when he returns from a 10-year campaign against the Goths, taking home their captured leader Queen Tamora, tragedy and revenge strike left and right.

Personality… beloved, yet violent and vengeful. Titus is honored by enormous fanfares upon his return and wows his audiences by sacrificing some of his prisoners. He feels no shame for the blood he sheds, instead taking pride in exercising power. But there’s a saying about he who lives by the sword...

Titus Andronicus's popularity ranking on CharacTour is #5156 out of 5,300+ characters. See our top-ranked characters and read their profiles.