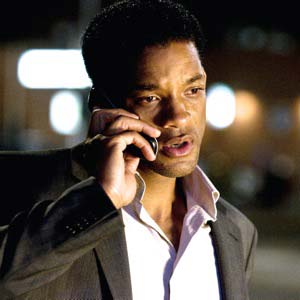 Living… in California with his loving fiancée, Sarah Jenson. At least he was until he and Sarah were in a tragic car crash that killed her and six other people. Now, Tim lives with the guilt of the crash because he was the one who caused it, by veering off the road while sending a text message. As he explains it, “In seven days, God created the world. And in seven seconds, I shattered mine.”

Profession… former aeronautical engineer. Tim quit his job after the crash and instead embarked upon a quest to better the lives of deserving strangers who have chronic health conditions.

Interests… helping others. Tim has given up everything in order to erase his guilt. He makes visits to hospitals religiously, and spends time with people with chronic illnesses and who are in need of organ transplants. But nothing really seems to make up fully for the guilt of his fatal mistake. On his better days, he spends time caring for his pet jellyfish, which he has cherished ever since he was a young boy.

Relationship Status… in mourning. After the crash that killed his fiancée, Tim turns away from romance and devotes his life to helping others instead. When he meets Emily Posa, a woman with a congenital heart condition with only two weeks left to live, he takes the identity of his brother Ben, an IRS agent, as an excuse to learn more about her. Tim begins to spend time with her and helps her with tasks around her house. Though the memory of his deceased fiancée is still with him, Tim comes to care deeply for Emily even though she might be at the end of her life.

Challenge… atoning for the sins of his past. Tim feels almost no desire to live after the accident. He gives up his job, his house, and every material thing he’s ever had. He’s dead-set on a plan to save the lives of seven good individuals who truly deserve to live. He’s given up his bone marrow and donated a lung lobe, part of his liver, and his kidney. Tim still feels that it’s not enough and spends every day thinking about making the ultimate sacrifice – donating his most vital organs, ones he literally couldn’t live without.

Personality… selfless, depressed, and kind. Tim’s life changed forever after the fateful day of the accident. He became obsessed with the single goal of making others’ lives better in any way he could. His depression and feelings of worthlessness constantly drive him to the breaking point as he contemplates suicide.

Tim Thomas's popularity ranking on CharacTour is #4858 out of 5,300+ characters. See our top-ranked characters and read their profiles.