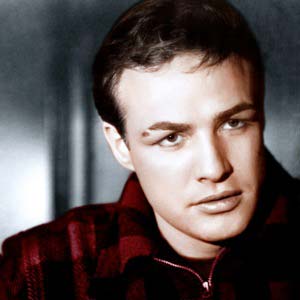 Living… in Hoboken, New Jersey, the town of Johnny Friendly. But Johnny isn’t exactly “friendly” if you get on his bad side. Johnny controls the entire waterfront, and even the cops won’t mess with him.

Profession… dockworker on the waterfront. Terry’s been left out of things and Johnny's wanted to bring him in, get him some more muscle over the other workers. It’s a stable job, and Terry could use the money, but he’s wary of getting involved in Johnny’s dangerous world.

Interests… boxing. But Terry was forced to give up his boxing career soon after his brother Charley – Johnny Friendly's right-hand man – pushed him to lose intentionally so that Johnny could win money betting against him. As Terry explains to his brother, “I could've been a contender. I could've had class and been somebody. Real class. Instead of a bum, let's face it, which is what I am.” Ever since then, it’s one favor for Johnny after another, and Terry’s tired of it.

Relationship Status… single. Terry is falling in love with Edie, the sister of another dockworker, Joey. But when Terry betrays Joey on Johnny’s orders, Edie blames him. Now he has to show her he’s not a punk, that he could be someone worth her time.

Challenge… taking down Johnny Friendly. Terry is still bitter about the fight that ruined his career and hates that Johnny controls his brother Charley like a pawn. When he’s tricked into betraying Joey – which results in Joey's death – Terry feels he has to do something. Edie and his friends want him to testify against Johnny, and knock him out for good.

Personality… bitter, but good-natured. Terry’s lost his pride but he’ll never let go of his dignity. He stays on the side of the underdog, and still can’t let go of the resentment of his past. He has a realistic, but grim, outlook on life. As he puts it, “You wanna hear my philosophy on life? Do it to him before he does it to you.”

Terry Malloy's popularity ranking on CharacTour is #4114 out of 5,300+ characters. See our top-ranked characters and read their profiles.