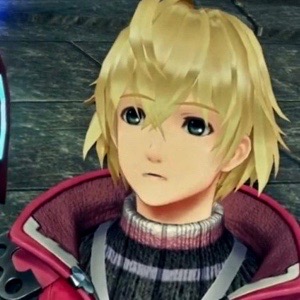 Grew Up... on the Bionis. Long ago, in a universe made of nothing but oceans, two gods appeared, the Bionis and the Mechonis, and began to fight. Now all that remains are their giant lifeless bodies locked in combat as new life emerges from their surfaces.

Living... in Colony 9. Shulk is a Hom, humans who live on various bodies parts of the Bionis. His home is Colony 9, a village behind the titan’s right kneecap.

Profession... warrior. Shulk, along with the rest of his people, are forced to fight for their survival against the Mechon, robotic invaders from the Mechonis.

Interests… mastering the Monado. The legendary Monado blade was originally used by Shulk’s ally Dunban. However, when an injury prevents Dunban from wielding it, Shulk picks it up and is able to access even more of its strength. As he says, “I hope I can figure out the secret of its power one day.”

Relationship Status... sort of in a relationship. Shulk has been close friends with Dunban’s younger sister Fiora since they were kids. However, considering how distressed he becomes when she is in danger, perhaps to Shulk they are more than just friends.

Challenge... winning the war against the Mechon. The Monado harms Mechon in a way no other weapon can. So if Shulk can unlock its full potential, he and his teammates hope to end this war once and for all.

Personality... methodical. After receiving the Monado, Shulk gains the mysterious ability to briefly see into the future, allowing him to predict and avoid enemy attacks. Because of this, all of his actions are very pain-staking. He is aware of the consequences.

Shulk's popularity ranking on CharacTour is #3826 out of 5,300+ characters. See our top-ranked characters and read their profiles.