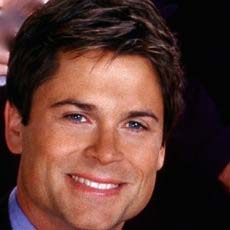 Living… a life dedicated to his ideals in the nation’s capital. Sam wholeheartedly believes in the United States of America, and he’s dedicated his life to improving it. “This country is an idea,” he says, “and one that lit the world for two centuries.”

Profession… Deputy White House Communications Director. Sam, who quit his job as a high-powered lawyer, is one of President Bartlet’s main speechwriters.

Relationship Status… single. Sam was engaged to be married, but broke it off in order to leave New York and live his dream of writing speeches for the Bartlet campaign and later for the President. Despite his good looks and high-powered job, he doesn’t do as well with women as one might expect. He did have a fling with a call girl, but to be fair he didn’t know (at first) what she did for a living.

Challenge… making America be the best that it can be. Sam sees it as his responsibility to help fix his country. He wants to make things as they should be, not leave them as they are. One example: “School should be incredibly expensive for government and absolutely free of charge to its citizens, just like defense. That’s my position. I just haven’t figured out how to do it yet.”

Personality… wildly intelligent, slightly arrogant, and incredibly idealistic. In between writing passionate speeches, Sam has been known to be sarcastic and witty. When his colleagues accuses him of “playing dumb,” Sam responds, “No, honestly, I am dumb. Most of the time I’m just playing smart.”

Sam Seaborn's popularity ranking on CharacTour is #3527 out of 5,600+ characters. See our top-ranked characters and read their profiles.