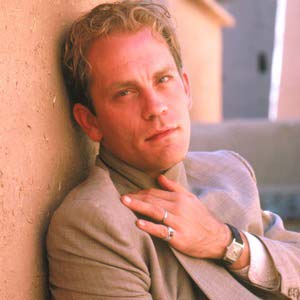 Living… everywhere and nowhere. Port doesn’t like to be settled in one place. He has lived in the West Indies, South America, and the Near East.

Visiting... Tangier in North Africa with his wife, Kit, and their friend, George Tunner. They had originally thought about going to Italy, but it was too difficult to travel there during wartime. Tunner plans to go back to the states in a few weeks, but he and Kit plan on staying in Africa for at least a few years.

Profession... retired. Port hasn’t had to work ever since he inherited his late father's estate.

Interests... writing in his journal, filled in each evening with the day's thoughts and adventures. There is a lot to write about – from the turbans the locals wear to the way the sun shines over the vast desert sand.

Relationship Status... strained after ten years of marriage. He and Kit are polar opposites. As he says, “I just want to live life; my only plan is I have no plan. But for Kit, everything in the world is merely a sign for something else. A white Mercedes can't just simply be a white Mercedes. It must have a secret meaning about the whole of life…Nothing can just be what it is.”

Challenge... saving his marriage. Port longs to be closer to Kit – especially in their distant and unconnected part of the world. But it is difficult to have a closer bond with her with Tunner around. If Tunner didn't take such long naps, he'd never be alone with Kit. Port is starting to worry that Tunner may be in love with her.

Personality... intellectual, adventurous, and unfocused. Port says it best when he says “my only plan is not to have a plan.” He is constantly in search of the next best adventure. But by always escaping to somewhere else, he doesn’t always confront the issues he needs to face.

Port Moresby's popularity ranking on CharacTour is #3244 out of 5,300+ characters. See our top-ranked characters and read their profiles.