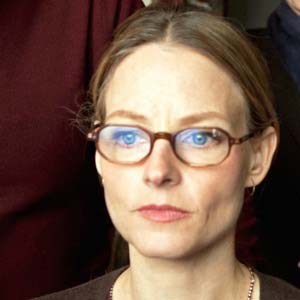 Living… In Brooklyn Heights, near the Brooklyn Bridge Park. It was in that park that an 11-year-old boy struck their son, Ethan, in the face with a stick. Penelope can’t believe things like that happen here. She thought Brooklyn Heights was relatively safe, a place for civilized people, like her.

Profession… writer, working part-time in a specialty art and history bookstore. She co-wrote a volume about Sabean civilization, working from artifacts recovered when they resumed digs after the Ethiopia-Eritrea conflict. She has a book coming out soon about the Darfur tragedy.

Interests… Ethan’s safety and well-being. In addition to the swelling and bruising of Ethan’s upper lip, the “attack” also resulted in two broken incisors, including nerve damage to the right incisor. Penelope insists that Ethan was disfigured by an armed attacker – it doesn’t matter if it was only a little boy. She will take it upon herself to get to the bottom of whatever social or psychological ills caused this to happen.

Relationship Status… in a steady, pleasantly boring marriage. Simple domestic tensions are bound to arise. Sometimes her husband Michael doesn’t solve problems the way she would. For example, she wouldn’t murder their daughter’s hamster if she was annoyed with it. He apparently did just that, setting it loose in the street. Penelope won’t take it easy when her son is attacked; her husband will. It seems like he’s only eager to be rid of problems, instead of solving them through openness and communication.

Challenge… having her way. Penelope didn’t invite the parents of the boy who attacked their son over for tea and small-talk, yet here they are. She doesn’t appreciate the boy’s father dismissing the attack as a simple case of our caveman instincts. They don’t live in Kinshasa. They live in New York, with Western customs and social contracts. It’s Brooklyn Heights, for heaven’s sake!

Personality… uptight. This demon child has wreaked havoc upon her home. It’s not just two kids fighting in the park – it was an attack. It was domestic terrorism. Penelope and her family are civilized people. It is up to them to uphold the social order.

Penelope Longstreet's popularity ranking on CharacTour is #3438 out of 5,300+ characters. See our top-ranked characters and read their profiles.