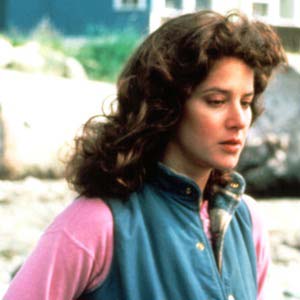 An Officer and a Gentleman

Living... with her family in a small town in the state of Washington, and she's desperate to get out. As she says, "If I can't have more out of life... I'd rather be dead!”

Profession... factory worker. It's a good, solid job that pays $8.23 an hour. Paula is saving money to attend college.

Interests... anything, as long as it gets her out of the house. Paula often goes to parties with her friend Lynette. Sadly, she never encounters interesting people – you would not believe the losers they have in their hometown.

Relationship Status... seeing Zack, who is stationed nearby for Naval Officer Candidate School. Paula dared him not to fall in love with her. But how can he resist? As she says, "I'm like candy. It's gonna be hard for him to get enough."

Challenge... getting out of her small town, ideally with Zack. She wants to be with him, but it's not easy. Her father has forbidden her from seeing anyone but local boys, and Zack has a phobia of commitment.

Personality... feisty, flirty, and fun. She's a catch, and she knows it. Why should she settle for less than the kind of life she dreams about?

Paula Pokrifki's popularity ranking on CharacTour is #3686 out of 5,300+ characters. See our top-ranked characters and read their profiles.