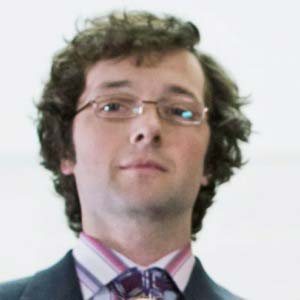 The Thick of It

Grew up… as a privileged young lad, destined to work in Westminster, the heart of British government. Ollie’s arrogance is the not unsurprising result of his spoiled and isolated upbringing. An Oxbridge graduate, Ollie often forgets that he’s actually the least experienced special advisor to cabinet minister Hugh Abbot.

Interests… watching his boss, Malcolm, abuse his colleagues. Malcolm’s profane tirades are often funny to Ollie, except when he’s the target of them. “Who wants to go and watch ‘bollockvision’?” he asks, pointing to Malcolm as he engages in one of his shouting matches.

Relationship Status… single, though Ollie often encounters his ex-girlfriend, a journalist named Angela Heaney, around the office. Angela is often called in when the party wants to leak a story to the press.

Challenge… causing fewer mistakes in the department. Ollie eventually wants to make it all the way to Downing Street, the Prime Minster’s office. But he’s not going to make that leap if he keeps letting his arrogance get the best of him. Malcolm Tucker might well crush Ollie’s career almost before it’s really started.

Personality… arrogant and often cruel. Ollie is learning the art of the insult from his boss, Malcolm, but his smugness and pretension make him a natural. He’s prone to hit below the figurative belt in an argument. He once asked a woman he’s seeing, “You know when your mom walked out, you think maybe it wasn’t just about your dad?” He’s the kind of guy that one roots for to get taken down a few pegs.

Oliver Reader's popularity ranking on CharacTour is #4517 out of 5,600+ characters. See our top-ranked characters and read their profiles.