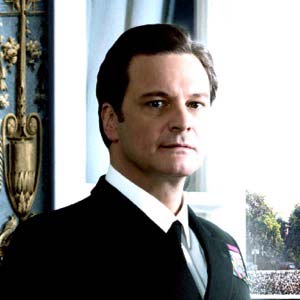 Grew Up... royally, on the Sandringham Estate while his great-grandmother Queen Victoria was still swaying that scepter of hers. Albert, also known by his totally not lame nickname Bertie, grew up in luxury, but that doesn't mean things were always jolly good for the Brit. As a child he had knock knees, stomach problems, and a wicked case of stuttering that would rival Porky Pig. Bertie’s older brother Edward bullied him, and his dad, King George V, failed to empathize with his second son’s tongued-tied ways.

Living... at Buckingham Palace in London after his coronation in 1937. As King, Bertie/Albert took the name “George,” to honor his father and just in case anyone wasn’t confused yet.

Profession... King of England. After his reckless older brother Edward abdicated the crown by running off to marry the American divorcee, Wallis Simpson, Bertie was forced to ascend the throne. That brings him face-to-face with his biggest fear: a live microphone. Not to mention that he has to deal with the growing threat of Nazi Germany and its leader, Adolf Hitler, who is as gifted at public speaking as he is crazy.

Interests... cursing, smoking cigarettes, and not letting the British "a-peoples" down.

Relationship Status... happily married to Queen Elizabeth. Elizabeth takes it upon herself to help Bertie overcome his speech impediment and steers him away from the typical speech therapy of the time, which essentially involved trying to talk with a bunch of marbles in your mouth. Bertie, ever the family man, is as devoted to his wife and kids as he is to his subjects.

Challenge... his stammer. It wouldn't be an overwhelming problem if he hadn’t been put in the position of ruling over the entire British Empire. But thanks to Bertie’s unconventional Aussie speech therapist, Lionel Logue, he's able to use vocal technique, singing, F-bomb-laden-swearing, and even his own pent-up anger to overcome the boa-like constrictions of his throat. In the end, he finds out that he has the perseverance to make a great king, and why? "Because I have a right to be heard! I have a voice!"

Personality... dutiful, humble at times, but with perhaps a little too much pride that comes with the stiff upper lip of the monarchy. He’s made of braver stuff than it might first appear, though, and it’s that bravery that helps him to overcome his fear of public speaking to give an oration heard ‘round the British Empire in 1939, discussing the recently declared war on Germany.

King George VI's popularity ranking on CharacTour is #1738 out of 5,600+ characters. See our top-ranked characters and read their profiles.