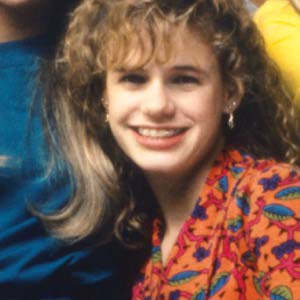 Living... with her parents in San Francisco next door to the Tanners, where she spends most of her time. She has been D.J. Tanner’s best friend since a they were both little and is considered part of their family (much to the chagrin of D.J.'s uncle Jesse).

Interests... shopping, gossiping, and hanging out with D.J. Kimmy looks up to D.J., often asking for her advice and guidance, as she is the more levelheaded of the two. They frequently get into disagreements, and on more than one occasion threaten to never speak to each other again. But they always work things out.

Relationship Status... usually single, though she has one serious relationship with Duane, a dim-witted boy from her high school. They never seem very attached to each other but nearly get married at the end of high school when Kimmy fears she will lose her friendship with D.J. when she goes to college.

Challenge... fitting in with the Tanners. Kimmy is generally an annoying presence in their household. In particular, Jesse, Danny and Stephanie vocalize their hatred of her being around. She is quick to send quips back their way, but also takes their insults to heart and often feels like she is a burden, which is the source of most of her insecurity.

Personality... annoying and simple, but a good friend. Kimmy often relies on D.J. to help her with homework assignments. Once, when D.J. gets a parking ticket and says, "I can't believe this. I'm gonna become a pedestrian," in fear that her dad is going to take her car away, Kimmy replies, "D.J., how can you be thinking of religion? You're going to have to walk." Though she can be dim-witted and obnoxious, ultimately Kimmy is a funny, reliable friend.

Kimmy Gibbler's popularity ranking on CharacTour is #2608 out of 5,300+ characters. See our top-ranked characters and read their profiles.