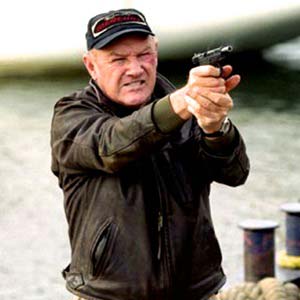 Overview... ringleader of a group of professional thieves executing heists for his fence, Bergman. Bergman’s got a new Swiss plan drawn up that he's pulling Joe into. There's going to be a ton of gold on a plane coming in from Switzerland, and Joe and crew are going to intercept it. He’s got new people on the crew and they're complicating everything. Most of the day goes into planning and arguing. Everything needs to be figured out before the day ends, or he’s finished.

Personality... burnt out, but addicted to thrills. The new guys on the team think he’s a worn-out Old Man without any guts. They think he’s lame, a non-starter, because he uses his brain and doesn’t get himself into stupid situations. These young guns are all too eager to get themselves into a mess they can't handle. Joe practices restraint. That's why he never loses.

Joe Moore's popularity ranking on CharacTour is #3866 out of 5,300+ characters. See our top-ranked characters and read their profiles.