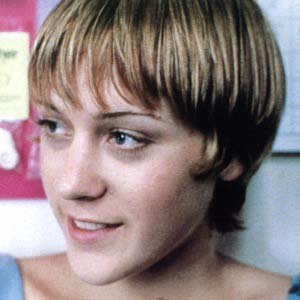 Grew up… in Manhattan. Jennie grew up with New York’s street kids and skaters, but never fully indulged in their carefree lifestyle. Jennie is just a young girl trying to have a bit of fun.

Living… relatively cautiously. Jennie does not live with reckless abandon, at least compared compared to the rest of her friends.

Interests… hanging out with her girlfriends. Jennie spends most of her time with a group of girls from school, especially the vivacious Ruby.

Relationship Status… single. Jenny, unlike her more experienced friends, has only slept with one person – the infamous Telly. After accompanying her friend Ruby to the Sexual Health Clinic, Jennie is surprised and horrified to learn that she’s tested positive for HIV. As she says incredulously, “But I only had sex with Telly…”

Challenge… reaching Telly before he infects another innocent girl with the deadly HIV virus. Jennie, who is only just beginning to absorb the shock that she’s essentially been handed a death sentence – because that's what such a diagnosis was in the early '90s – has to find Telly before he spreads the disease even further.

Personality… listless and depressed. Jennie was once a bright and innocent girl. After discovering that she’s HIV positive at only 16 years old, she begins to lose hope. As she inquires philosophically, “What if you can’t make yourself happy?” Jennie should have the rest of her life in front of her, but one mistake and some terrible luck seems to have doomed her.

Jennie's popularity ranking on CharacTour is #4131 out of 5,600+ characters. See our top-ranked characters and read their profiles.