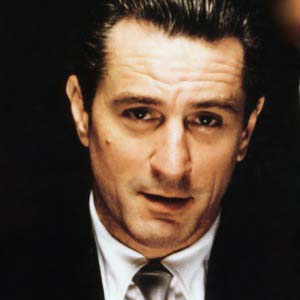 Grew up… in an Irish family in Brooklyn, New York. Jimmy grew up around wise guys, so he’s familiar with the rules of the game.

Living… in New York in the 1960s and 70s. Jimmy has come a long way from the old neighborhood in Brooklyn. Now, Jimmy is living the high life. He especially likes to frequent the Copacabana nightclub with his friends.

Profession… wise guy. Jimmy is a thief, and always has been. He sees himself as the brains of his local operation, as he masterminded the lucrative Lufthansa heist from JFK airport. He becomes an experienced mentor to the young Henry Hill and Tommy DeVito.

Interests… keeping things quiet. Jimmy is, at heart, a modest man. He’s known for being a gentleman because he always tips with $50s and $100s. He doesn’t need the flashy riches that his associates crave. In fact, he knows that conspicuous consumption is an easy way to attract unwanted attention from the FBI.

Challenge… preventing getting pinched by the Feds. Jimmy has always been the most cautious of his friends. His associates, the violent Tommy and the drug addicted Henry, are starting to act a bit recklessly in their work.

Personality… loyal, smart, and cunning. Jimmy is just as violent and sociopathic as his friends; the only difference is that he knows when to use force and when to hold back. He is a trustworthy man who believes in keeping his friends close. As he tells the young Henry Hill, “Look at me. Never rat on your friends and always keep your mouth shut.”

James Conway's popularity ranking on CharacTour is #2072 out of 5,300+ characters. See our top-ranked characters and read their profiles.