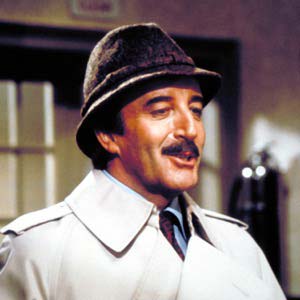 Living… in France. Jacques Clouseau is just a lowly Gendarme until he gets promoted by Chief Inspector Dreyfus to work on the case of the Pink Panther. His days of directing traffic are finally over, and an exciting career as a Police Inspector awaits.

Visiting… New York City. Clouseau’s investigations have taken him to the city that never sleeps. He plans on interrogating Xania, a beautiful pop star and former fiancé of the recently murdered Yves Gluant.

Profession… a Police Inspector of the French National Police. Clouseau has finally received the promotion he has always wanted and he’s ready to start living up to his new title by cracking the case of the Pink Panther. Little does he know, the Chief Inspector only intends for Clouseau to be a distraction for the media, while a team of top investigators does the real work.

Relationship Status… single. But that doesn’t mean he can’t romance a lady. In fact, he has some choice words of wisdom for all the bachelors of the world: “A woman is like an artichoke… you have to do a bit of work before you get to her heart.”

Challenge… solving the case of the Pink Panther. Jacques Clouseau has to find the thief who took the precious diamond and discover who murdered its owner, Yves Gluant, the famous coach of the French national soccer team. It’s a tough case, but Clouseau thinks he has what it takes to crack it.

Jacques Clouseau's popularity ranking on CharacTour is #2420 out of 5,300+ characters. See our top-ranked characters and read their profiles.