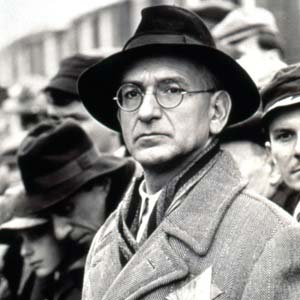 Overview… an accountant concerned with more than just the books. Stern runs Oskar Schindler's enamelware factory in Plaszow, Poland. He is responsible for saving the Schindlerjuden, the Jews he hires to work at the factory, thus rendering them “essential” to the Nazi war effort and saving them from the concentration camps.

Personality… resourceful, stout-hearted, and highly intelligent. Stern is a man of principle who disapproves of Schindler’s indulgent lifestyle. His own lifestyle is rather austere and antisocial, as he commits himself fully to running the factory and bringing on Jews as employees. Times could not be more dire in Poland, and especially for Jews like Stern. Understandably, his attitude is one of utmost seriousness.

Itzhak Stern's popularity ranking on CharacTour is #2618 out of 5,600+ characters. See our top-ranked characters and read their profiles.