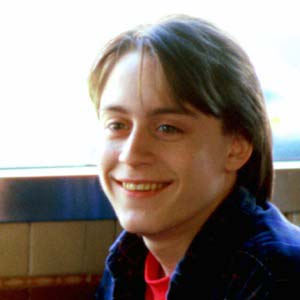 Grew Up... in a very wealthy, dysfunctional family. His father was recently institutionalized for severe mental illness, while his mother is overbearing and devious. Igby grew to become a rebellious teenager, whose hatred for the world is obvious and deep-seated. He firmly believes that his older brother, Ollie, is as messed up as his parents. According to Igby, Ollie is a “fascist” who studies “neo-fascism” at Columbia. (Ollie is actually studying economics.)

Living… on the road, getting into various misadventures in his attempt to evade his family’s influence. Igby was forced to go to military school after being kicked out of various private boarding schools – only to become a victim of bullies there. Deciding that he can’t take it any more, Igby leaves and supports himself in Chicago with his mother’s credit card. When discovered, Igby is sent to spend time with his godfather, D.H. Banes, in New York.

Profession… student. But, schooling is simply not Igby’s interest. He would much rather spend time chasing after girls than studying physics.

Interests… rolling joints, taking risks, and hiding out in Manhattan with wacky bohemians.

Relationship Status… single. Once in New York, Igby is attracted to D.H. Bane’s mistress, Rachel, who is addicted to heroin. When she also becomes attracted to Igby, this only serves to anger Banes further. Igby then becomes intrigued by Sookie, who is bored enough to give him some attention.

Challenge… escaping his family. No matter where he goes, they always seem to be there. Unfortunately, he still relies on them financially, and could only truly be rid of his ties if he could somehow support himself. To do that, he might actually have to start taking school more seriously, or at least take life more seriously.

Personality… misanthropic and sarcastic. Igby only has one mode – to be dead-pan and critical. When Sookie asks him where the name Igby came from, he stoically replies that it’s “the kind of name that someone named ‘Sookie’ is in no position to question.” (The name actually has a good backstory; watch for it.) Igby is still unsure of what he’s looking for, but he knows that he won’t be able to find it if he stays in New York – where the people are despicable (in his mind) and the weather even more so.

Igby Slocumb's popularity ranking on CharacTour is #2669 out of 5,300+ characters. See our top-ranked characters and read their profiles.