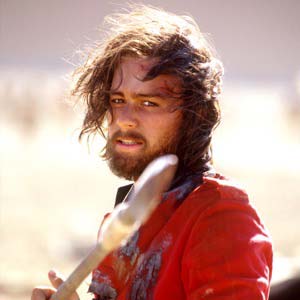 Grew Up… in the 1800swith a father who was a general in the British army.  Harry never had a choice about what he wanted to do in life. His father made it clear: Harry needed to become a soldier and serve his country as he did.

Living… in shame. Harry used to be a soldier, but he resigned his commission after hearing that his regiment would be transferred to the Sudan to fight in battle. He was scared and couldn’t bear the thought of being away from his fiancé, Ethne, so he resigned to be with her. But everything backfired. His friends sent him three white feathers – a sign of cowardice. And the fourth feather was sent by Ethne herself. He lost her, the respect of his father, and his closest friends.

Visiting… the Sudan, where he’s arrived from England. He came there on his own disguised as an Arab to follow his former regiment and do reconnaissance work. He traveled from Alexandria to Suakin, across three hundred miles of desert to get there. He nearly died along the way, but he was rescued by a native of the Sudan, Abou Fatma, who is helping him navigate the dangerous terrain.

Relationship Status… heartbroken. Harry was deeply in love with Ethne and is finding it hard to move on with his life without her.

Challenge… defending his honor. Harry is on a journey of redemption to clear his name.

Personality… romantic, tortured, and somewhat naïve. It is surprising that Harry thought he could resign from the Army without any consequences. But even more surprising is the man he becomes in the Sudan. If he starts off as a coward, he ends becoming someone who is willing to risk impossible odds.

Harry Feversham's popularity ranking on CharacTour is #4337 out of 5,600+ characters. See our top-ranked characters and read their profiles.