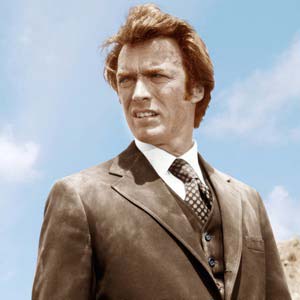 Living… in a small studio in San Francisco, where crime shouldn't be an issue but is. Callahan grew up in this neighborhood and knows about the hostile relationship the residents have had with the police.

Profession… inspector with the San Francisco Police Department, one of fourteen attached to Homicide Detail. Harry mainly spends his time avenging the victims of violent crimes. He’s very good at what he does, but his unorthodox methods often tread the line of illegality themselves. He’s constantly coming up against red tape, particularly when he resorts to violence and creates further dangerous situations in the midst of investigations. As he puts it, “Now you know why they call me "Dirty Harry". I get every dirty job that comes along.”

Interests… guns. Harry is a skilled marksman with skills in hand-to-hand combat. He’s been crowned the SFPD pistol champion multiple times, and he’s killed 45 criminals with his trademark Smith & Wesson Model 29 .44 Mangum. To Harry, the only thing to stop a bad guy with a gun is a good guy with a gun.

Relationship Status… widower, due to tragedy. Harry reveals little of his past, other than the fact that his wife was killed by a drunk driver: “She was driving home late one night and a drunk crossed the center line. There was no reason for it, really.” His grief, however, has only further motivated his aggressive methods.

Personality… noble, but an extremist and extremely badass. Harry is the darkest white knight there’s ever been: as long as innocents are safe, Harry will beat, torture, and kill his enemies. He's shameless and stubborn in his methods because he resents the inefficiency of the bureaucratic judicial process. Besides, Harry’s not interested in any promotion or pension; he wants to be on the streets, doing the dirty work.

Harry Callahan's popularity ranking on CharacTour is #2070 out of 5,600+ characters. See our top-ranked characters and read their profiles.