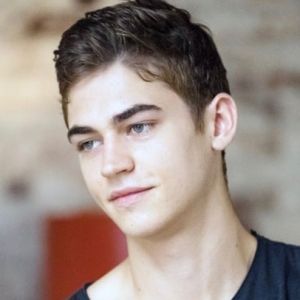 Grew up… in England. Hardin had a difficult childhood, and he doesn’t like to talk about his past.

Living… in a fraternity house at Washington Central University. He shares the house with other fraternity brothers, but his room is for himself. He has the British flag hung up on his wall.

Interests… books, music, and tattoos. Harden likes his alone time, which he spends thinking deep thoughts, listening to music on his headphones, or reading books. Harden is also a big fan of tattoos—as you can see from his fully covered arms.

Relationship status… unattached. Harden believes that “love is a transaction.” He has a physical relationship with Molly, but it looks like it won’t progress to anything more than that given his cynical views on love.

Personality… charismatic, blunt, and snarky. Although he hangs out with his group of outgoing friends often, he doesn’t speak much.  Intelligent with strong opinions, he does his own thing without being influenced by others.

Hardin Scott's popularity ranking on CharacTour is #4530 out of 5,600+ characters. See our top-ranked characters and read their profiles.