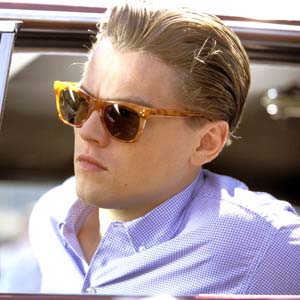 Catch Me If You Can

Grew up... in the baby boom years in New Rochelle, New York. For a while, he lived comfortably there with his parents; his Dad was even honored at the Rotary Club. But after his Dad was accused by the I.R.S. for tax fraud, everything fell apart. His mother started fooling around his father’s best friend, and his parents ended up filing for divorce. Instead of choosing one of his parents to live with, Frank decided to run away from home at 16 and escape from them both.

Living... nowhere, really. For the past several years, he's spent his life on the run from the law.

Profession... a surgeon, a prosecutor, and a Pan American World Airways pilot. At least that is what he would have you to believe as part of his con games. The truth is that he didn’t graduate from high school and is still a teenager but is racking up a fortune. He took the maxim “fake it ‘till you make it” pretty literally.

Interests… traveling. He has been jet-setting to Miami, Los Angeles, Atlanta and New Orleans, and wants to go to Europe next. For him, the biggest perks from flying are the gorgeous young stewardesses in short skirts. They go crazy for him too.

Relationship Status... recently involved with Brenda, a beautiful and sweet girl from New Orleans who is the daughter of the local district attorney. He likes her, but is afraid it won't last. Women need stability, which he can’t offer. Plus, he doesn't even know if he can trust her. Who knows if someone put her up to all of this?

Challenge... the FBI. A bank fraud agent, Carl Hanratty, is spending all of his time trying to catch him. Frank can fool almost anyone, but Carl seems smarter and more determined than the average agent. He actually has some respect for him and even gave him a call on Christmas Day just to say hello.

Personality... charming, brilliant, and creative. He also comes across as extremely confident, but don’t believe anything you see about him. He’s got another side to him that only Hanratty seems to pick up on.

Frank Abagnale, Jr.'s popularity ranking on CharacTour is #1906 out of 5,300+ characters. See our top-ranked characters and read their profiles.