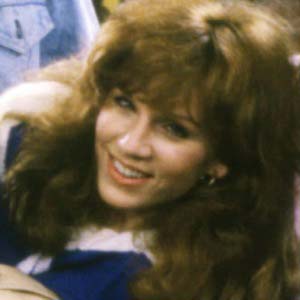 Living… in New York City, for the time being. Elaine frequently finds herself in limbo between the social circle she actually frequents and the one she wishes she frequented. She figured New York was the fine art capital of the world, but she’s had trouble gaining the acceptance of the city’s “upper crust.” She’ll go wherever her ambitions take her.

Profession… taxi driver at the Sunshine Cab company, until she gains her footing in the fine art world. She’s even tried converging her two worlds at times – such as when she convinced her co-workers to invest with her in an expensive painting. Like most of her co-workers, she sees her stint at Sunshine as a pit-stop to her eventual career, always waiting for that golden opportunity to come along.

Interests… spending time with her kids. The fact that Elaine is a single mom makes her job all the more taxing. Because she can’t rely on her ex-husband for help, there have been occasions where she’s been forced to have the Sunshine crew watch her son – to mixed results.

Relationship Status… divorced and playing the field. She’s been the object of her boss Louie’s desires since her first day at work, to the point where her unreturned affections are built into their working relationship. She goes on dates often, with varying degrees of success. Her taste in men is ecclectic, from Congressmen to complete schlubs.

Challenge… moving on. Elaine has no plans on being a lifer at Sunshine. Trying to jumpstart another career while holding down a full-time job causes her a great deal of stress, even leading her to visit a psychiatrist to convince herself that she’s OK. But most of the advice she seeks and receives is from her level-headed co-worker, Alex.

Personality… enterprising but insecure. Elaine wants the approval of the fine-art crowd and has no problems changing herself to their perceived tastes – whether it entails making up a boyfriend, spending everything she has on a painting, or throwing parties with the sole aim of impressing her contacts. She’s a beautiful woman who at first glance might seem to have the world at her feet, but like with most of us, the reality is messier and far more complicated.

Elaine O'Connor-Nardo's popularity ranking on CharacTour is #3957 out of 5,600+ characters. See our top-ranked characters and read their profiles.