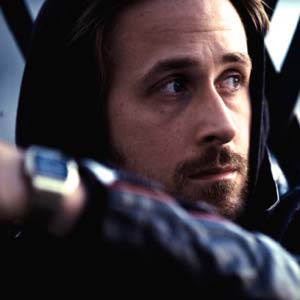 Grew Up... a troublemaker, but a hard worker. In his youth, Dean worked as a mover to earn money for dates. As he says, “I make money. Money I can take girls out to dates with.” This is how he meets Cindy, the love of his life.

Living… in a rocky marriage. Although Dean and Cindy have a house and a beautiful five-year-old daughter, the intense romance of their youth has evolved into something more domestic and brooding. Dean drinks too much and doesn’t apply himself, and Cindy is unhappy about it. In her words, “You could do anything that you wanted to do. You’re good at everything you do.” But Dean protests that he simply wants to be a good father and a husband.

Profession… house painting. Dean drinks before going to work, and thinks it is a privilege rather than a sign of alcoholism. Cindy only sees it at irresponsibility, and this breeds resentment between them.

Interests… his daughter Frankie and his wife Cindy. Before, Dean used to sing and have lots of talents. Now, however, he's a washed-up blue-collar worker, who only cares about being a husband and father. As he admits, “That’s what I want to do. I work so I can do that.”

Relationship Status… married to Cindy. They were young when they met, and quickly fell in love. But only fairy tales end in happily ever after. Years later, they are still together, but in a toxic relationship that cannot be cured with merely kindness.

Challenge… salvaging his marriage. Dean might love Cindy, but if he doesn't do something soon, he could lose his family. Dean's solution is to take Cindy on a vacation to a love motel, but this might not be the cure-all to their problems.

Personality… tough, simple, and unafraid of showing intense emotions or getting into fist fights. Dean is a man’s man – for whom love comes before profession and family comes before self.

Dean's popularity ranking on CharacTour is #4698 out of 5,600+ characters. See our top-ranked characters and read their profiles.