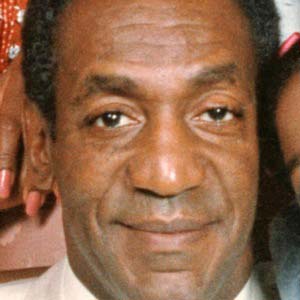 Living... in a large house in Brooklyn Heights, New York, with his wife, Clair, and four of their five children: Denise, Theo, Vanessa, and Rudy. Cliff, although very dedicated to his work, makes a point of being a regular presence in his family and enjoys spending a majority of his free time relaxing in his living room and interacting with his wife and kids.

Profession... OB/GYN. Cliff is very successful in the medical field, running and operating his practice out of his home. He is well known in the community and is quick to help those in need on a moment’s notice even if they are unable to compensate him fully or at all.

Interests... competition. Since there is little they do not see eye to eye on, Cliff and Clair often make small bets on petty, but cute, disagreements. For example, arguing about what year one of Cliff's favorite jazz records came out or about who can dress the fanciest for a night out on the town. He also enjoys playing cards, usually with his father (whom he has a great relationship with) and his friends, although he almost always loses.

Relationship Status... married to Clair, a lawyer. They have been together for years and still maintain the 'spark' in their relationship. As he puts it, "You are a genius, and I am a genius because I married you!" They rarely disagree (only on the playful wagers they make with each other) and have proven very successful in raising their children and creating a healthy environment for them to grow up in (although they do regularly joke about kicking at least the oldest ones out of the house to have extra time and space together).

Challenge... balance his responsibilities and keep everybody happy. Cliff has a lot on his plate running his large family and his own medical practice. It can be hard for him to find enough time in a day to devote himself to all of the aspects of his life he cares about without ending up completely exhausted, though he usually pulls it off. Although he is quick to joke around, he can also be very no-nonsense, especially with his children. He does not ask his son to do better in school, but demands it: "And you're going to do it because I said so. I am your father. I brought you into this world, and I'll take you out!"

Personality... silly, kind, and incredibly caring. Cliff is well regarded all throughout his community and family as a person who is both intelligent and extremely generous  to others, all while presenting himself with the utmost humility and class. He is the quintessential 'family man', providing for his family financially as well as maintaining a very loving and caring paternal presence. His good-humored and kind persona make him welcomed company in any setting and a pleasure to nearly everyone he interacts with.

Cliff Huxtable's popularity ranking on CharacTour is #3570 out of 5,300+ characters. See our top-ranked characters and read their profiles.