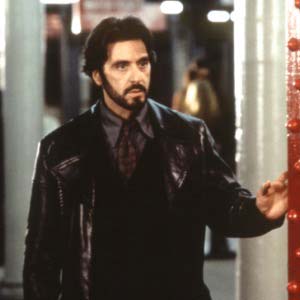 Grew up… on the rough streets of East Harlem. Carlito comes from the barrio, where he learned to hold his own against New York’s toughest gangsters.

Living… back in his old neighborhood since being released from prison. Carlito was lucky to get out of his 30-year sentence on a legal technicality. Now, after serving only five years, he’s back in Harlem, doing his best to live life on the straight and narrow.

Visiting… his old friends, business partners and associates. Everyone refuses to believe that Carlito has retired from crime.

Profession… in the nightclub business. Carlito is done with drug dealing—or so he says. He and his friend and lawyer, David Kleinfeld, are trying to go straight. Carlito just needs to save $75,000 before he can retire to the Caribbean.

Interests… the good life. Carlito dreams of nothing more than living a relaxed life far from the crime of New York City. These streets and this life, though, are a part of him. As he tells his old girlfriend, “It’s who I am, Gail. It’s what I am. Right or wrong, I can’t change that!”

Relationship Status… courting Gail, a ballet dancer who moonlights at a strip club for a little extra cash. Carlito and Gail were involved before he went away to prison. While he was there, he realized that he couldn’t live without her. As he says, “No room in this city for big hearts like hers.” He’s trying hard to win her back.

Challenge… making it out of the criminal underworld alive. Fate, circumstance and loyalty have placed Carlito in the firing line once again. Determined not to go back to prison, Carlito has to figure out where his loyalties lie. The people whom he sees as his best friends may just turn out to be untrustworthy.

Personality… tough, ruthless, and loyal. Carlito wants desperately to be better than he is. It seems that when a man has lived a hard life for so long, it’s difficult to turn it around.

Carlito Brigante's popularity ranking on CharacTour is #2930 out of 5,300+ characters. See our top-ranked characters and read their profiles.