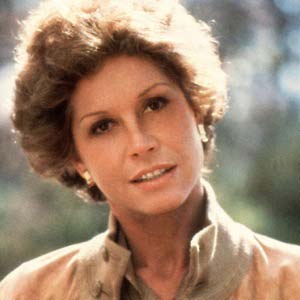 Grew Up... with her brother and parents. Her brother grew up and moved to Houston while Beth moved to suburban Chicago after marrying Calvin Jarrett. They soon started a family together.

Living… in a broken home, after their most beloved son’s death. The surviving son, Conrad, overcome with guilt over his brother’s death, recently attempted suicide and spent four months in a psychiatric hospital.

Profession… housewife. Beth mostly relies on the comfortable income of Calvin, her husband, while keeping the homefront tidy and smoothly functioning. Though she may be doing so more for appearances' sake than because it's what her family really needs right now.

Interests… doting on Buck, her recently deceased son; visiting her brother in Houston; and avoiding dealing with her problems.

Challenge… facing some rather horrible realities. Beth can’t seem to accept that her son is dead and that life will have to be different now. Now that her eldest son is home, Beth is focused on getting things quickly back to normal, even if Conrad feels he needs to re-adjust at a slightly slower pace than she wants. In fact, she would seemingly rather let everything fall apart than come to terms with what has already happened. This is her true challenge: either she can change and begin to heal her family as a whole, or she can continue in her selfish ways and watch everything crumble further around her.

Personality… orderly, stoic, and anxious. Beth gets confronted often for being too cold toward Conrad. She reacts defensively, saying, “Mothers don’t hate their sons!” She is more interested in sweeping things under the rug than facing her problems head-on. She gets carried away on a tirade, saying, “You tell me the definition of happy. But first you better make sure your kids are good and safe, that they haven't fallen off a horse, been hit by a car, or drown in that swimming pool you're so proud of!“ She's been dealt a terrible tragedy with the death of a child, but if she doesn't come to terms with it soon, she's also going to lose her still-living son, Conrad.

Beth Jarrett's popularity ranking on CharacTour is #4265 out of 5,600+ characters. See our top-ranked characters and read their profiles.