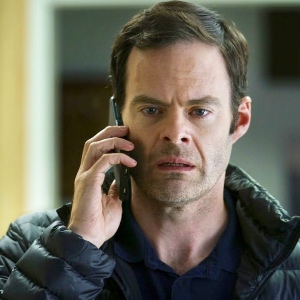 Living... out of hotels, wherever his hitman job takes him. Most recently, that’s Los Angeles.

Profession... hitman and aspiring actor. After leaving the Marines and coming back from Afghanistan, Barry fell into a deep depression. He found a new purpose when his family friend Monroe Fuches took notice of his world-class marksmanship skills and put Barry to work as a professional hitman. Killing bad people and making good money was satisfying for a while. But after Barry accidentally finds his way into an acting class, he discovers a new kind of dream in a new kind of supportive community lead by his new hero, acting teacher Gene Cousineau.

Relationship Status... crushing on Sally Reed. Barry is immediately enamored with Sally, the most talented member of his acting class. His gentle, awkward demeanor is a strange match for her driven, high-strung energy, but the two seem to develop a natural connection anyway. However, while Barry wants the two of them to start dating, it’s a little less clear what Sally wants from their relationship.

Challenge... putting his past behind him. Barry would love nothing more than to leave his old life behind and start over as “Barry Block.” However, it’s not so easy to get out of the hitman business. Fuches isn’t eager to let him go, and the two keep getting sucked deeper and deeper into the world of organized crime. Coupled with trying to make it as an actor, Barry has quite a lot on his plate!

Personality... awkward, anxious, and terrifying. Barry is full of contradictions. He often comes across as a shy, soft-spoken teddy bear, but he’s capable of incredibly brutal violence as well. Though he has an impressive tactical mind, Barry’s inner morality is incredibly confused. He yearns to recapture the purpose and structure of the military and can be easily swayed by his mentor figures. He’s deeply loyal to those he cares about, and he will kill anyone who threatens his sense of stability. Above all, Barry is haunted by one central question: “Am I, like, an evil person?”

Barry Berkman's popularity ranking on CharacTour is #1808 out of 5,600+ characters. See our top-ranked characters and read their profiles.