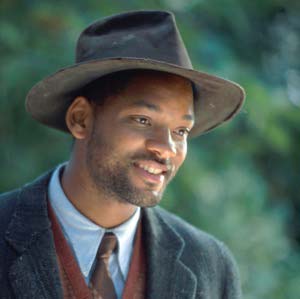 The Legend of Bagger Vance

Grew Up… under mysterious circumstances. Not much is known about him.

Living… in Savannah in the 1930s during the Depression. He has come to know Rannulph Junuh, who used to be a famous golfer but now has some inner demons to settle. Having post-traumatic stress disorder after his service in World War I, Rannulph has turned more to the bottle than the links.

Profession… Rannulph's mentor and caddy. His only compensation for his work is $5 and an old pair of shoes.  Bagger Vance has an unusual teaching method, to say the least. He has Rannulph practice in the evening, hitting balls into the dark night.

Interests… philosophy. He has almost a Taoist philosophy on the game of golf; let your own swing find you by removing the clutter of your mind. Bagger is filled with advice and words of inspiration. As he says to Rannulph, "Yep, inside each and every one of us is one true authentic swing. Somethin' we was born with. Somethin' that's ours and ours alone. Somethin' that can't be taught to ya or learned. Somethin' that got to be remembered. Over time the world can, rob us of that swing. It get buried inside us under all our wouldas and couldas and shouldas."

Relationship Status… single. In fact, Bagger Vance doesn’t appear to be involved with any friends or other people besides Rannulph.

Challenge… helping Rannulph find his inner focus so that he become the great golfer that he used to be. After years of spending time with the bottle instead of golf clubs, Rannulph will now compete in an exhibition match with legendary golfers, Bobby Jones and Walter Hagen. Bagger Vance has his work cut out for him to get Ranulph ready.

Personality… wise, calm, and larger-than-life. Bagger Vance is such a dreamer that he sometimes seems like a dream himself.  Rannulph is lucky to have a mentor like him.

Bagger Vance's popularity ranking on CharacTour is #4066 out of 5,300+ characters. See our top-ranked characters and read their profiles.