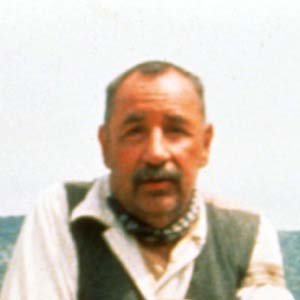 Grew Up… in the town of Giancaldo in early 20th century Sicily. Like most of the town, Alfredo comes from humble beginnings. He likely had few educational options as a young man, though this doesn’t mean he’s lacking in wisdom or life experience.

Living… in Giancaldo with his wife. Alfredo doesn’t have any children, perhaps making him take a shine to a young boy, Toto, who good-naturedly pesters him and always wants to be allowed into the projection booth that Alfredo operates.

Profession… projectionist at the local movie theater, Cinema Paradiso. The Cinema is the main source of entertainment in town. With little else to do for fun, the locals come pouring into the theater each week to see what tales of romance and adventure are on offer. Though the town priest censors anything remotely sensual in the movies, Alfredo saves these ‘pornographic’ clippings for himself.

Interests… film. Because of his job Alfredo has seen many films, often several times. Consequently, he has many passages committed to memory. Alfredo also takes an interest in Toto. Though Alfredo can be stern with Toto, he actually cherishes the boy and sees a great deal of potential in him.

Relationship Status… married. Though Alfredo seems to have had a fair amoung of experience with the ladies as a youth, and may even have been scarred by young love. His attitude on romance is somewhat bleak: “Out of the fire of love come ashes. Even the greatest love eventually fizzles out.”

Challenge… helping Toto mature into manhood. As Toto grows up, Alfredo is there to lend advice and encouragement. Eventually he tells Toto to leave Giancaldo and go to Rome to seek success. “Don't look back,” he tells him. “Don't write. Don't give in to nostalgia.”

Personality… wise and funny, yet exacting at times. Alfredo is a salt-of-the-earth kind of guy. His advice is practical and his outlook is very much on the realistic side. Yet Alfredo still brings his own brand of cheer with him into his interactions with Toto.

Alfredo's popularity ranking on CharacTour is #4740 out of 5,600+ characters. See our top-ranked characters and read their profiles.