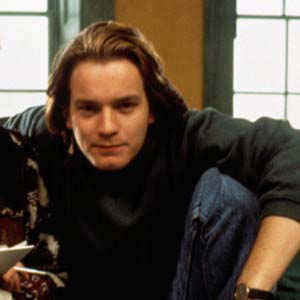 Living... in a flat in Edinburgh with his friends, David and Juliet. Needing to take on another roommate, they decided on an unusual application process. For each applicant, they asked: "Which of the following figures do you most closely identify: Joan of Arc, Eva Braun, or Marilyn Monroe? Leveraged buy-outs – a good thing or a bad thing? Did you ever kill a man?" They finally settled on a man named Hugo, but his stay does not last very long.

Profession... journalist, currently working on a story from his own flat. When they found Hugo dead in his room with a suitcase full of cash, Alex convinces the others to keep the money and hide the body. To hide the evidence, they dismembered the body, disposed the hands and feet in an incinerator, and buried what was left in the woods.

Interests... shopping, which he has been doing nonstop after finding the money – buying suits, art, expensive watches, and more.

Challenge... maintaining his new standard of life and keeping Hugo’s death a secret. Finding the money completely changed his otherwise dreary life. As he says, “Defeat, defeat, defeat – sporting, personal, financial, professional, sexual, everything. It's been a struggle. But now the days of worry are over, the light at the end of the tunnel has expanded into a golden sunrise and at last, at long last, nothing will ever be the same again.” Alex will do anything to retain his new life.

Personality... callous. He doesn’t seem to care about anyone except for himself. Ironically, he does care about animals and is a vegetarian.

Alex Law's popularity ranking on CharacTour is #3668 out of 5,600+ characters. See our top-ranked characters and read their profiles.