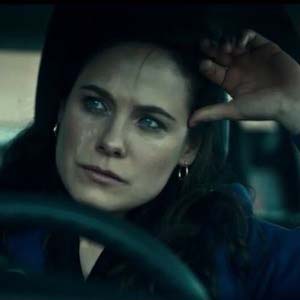 Living… in Baltimore, Maryland, an area which has recently become a hotspot for serial killers. Working closely with the FBI, Alana's not too worried about her safety, but that doesn't stop the murders from being any less grisly.

Profession… psychologist and occasional consultant for the FBI. Though not quite as renowned as her mentor, Hannibal Lecter, Alana is still a respected therapist in her own right. Her kindness and compassion have endeared her to more than one patient.

Interests… dogs, good beer, and psychological progress, though not to the detriment of others. Like many of her colleagues, Alana has a "professional interest" in Will Graham, a FBI teacher famous for his uncanny ability to empathize with serial killers. However, as one of Will's few friends, Alana also knows how damaging this empathy can also be. When FBI agent Jack Crawford comes to recruit Will for an investigation, Alana is the first one to tell Jack "not to put him out there."

Relationship Status… single. Alana's interest in Will might be more than professional, but she knows that it would be irresponsible to pursue a relationship with him in his current state. As she explains to him, "I think you're unstable. And, until that changes, I can only be your friend."

Challenge… keeping Will relatively well-balanced. Alana might not be his therapist, but even if she trusts Hannibal to help Will, that doesn't stop her from worrying about him.

Personality… responsible, kind, and strong-willed. A true psychologist in both profession and spirit, Alana cares deeply for those around her, and she's always focused on what is best for others. However, just because she's well-meaning doesn't mean that Alana is passive. As handy with a gun as she is with words, she's also unafraid to call out unethical behavior whenever and wherever she sees it.

Alana Bloom's popularity ranking on CharacTour is #1622 out of 5,300+ characters. See our top-ranked characters and read their profiles.