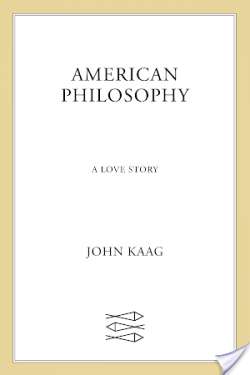 The epic wisdom contained in a lost library helps the author turn his life around In American Philosophy, John Kaag--a disillusioned philosopher at sea in his marriage and career--stumbles upon a treasure trove of rare books on an old estate in the hinterlands of New Hampshire that once belonged to the Harvard philosopher William Ernest Hocking. The library includes notes from Whitman, inscriptions from Frost, and first editions of Hobbes, Descartes, and Kant. As he begins to catalog and preserve these priceless books, Kaag rediscovers the very tenets of American philosophy--self-reliance, pragmatism, the transcendent--and sees them in a twenty-first-century context. Hocking was one of the last true giants of American philosophy. After studying under Harvard's Philosophical Four--William James, George Santayana, Josiah Royce, and George Herbert Palmer--he held the most prestigious chair at the university for the first three decades of the twentieth century. And when his teachers eventually died, he collected the great books from their libraries (filled with marginalia) and combined them with his own rare volumes at his family's estate. And there they remained for nearly eighty years, a time capsule of American thought. Part intellectual history, part memoir, American Philosophy is an invigorating investigation of American pragmatism and the wisdom that underlies a meaningful life.