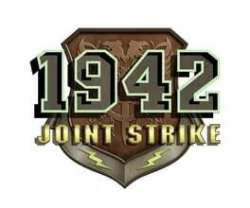 1942: Joint Strike takes inspiration and influence from the 194X series of Capcom vertical shooters. The art, sound and gameplay give the players hints of the classic historical shoot-em-up franchise, but this entry stands out as its own entry in the franchise and utilizes a full 3D engine along the traditional 2D top-down perspective. The action takes place during an alternate timeline of World War II. Locales, vehicles and weapons have the same look and feel of the classic battleships and planes, but the battles over the Pacific were never this hot or this insane -- your single fighter will turn the tides of history, but only if you survive!